news24.co.za - Two men, accused of corruption and fraud, were released on R1000 bail at the Stilfontein Magistrate Court in the North West on Thursday. The North West Directorate for Priority Crimes...   More

What do you learn from your driving school during driving lessons?

Randburg - Many people try to save money by learning to drive from one of their relatives or friends. But if you choose to be taught by a friend, you may not be able to learn the proper skills that are...   More

Driving is a skill that many people want to acquire. Being able to hop in your car and drive off to work is much simpler than having to walk to a bus stop and wait for a bus to arrive or taking the train, and...   More

How to fit driving lessons around your schedule

Learning to drive is both exciting and scary for people of any age and is something that shouldn’t be rushed into. While someone may need only a few lessons before they’re ready to take their test, others may...   More

Are cheap driving lessons worth it?

Cheap driving lessons should never cut corners. Low-cost lessons should still give you a comprehensive tuition, and equip you with the skills you need to become a safe, confident and competent driver. We like...   More

iol.co.za - Cape Town – A group of people who tried to buy their driver’s licences from a “connection” are angry after the woman disappeared with their money. One 48-year-old man from Ottery, who paid the...   More

iol.co.za - Learner's and driver’s licence applicants were turned away yesterday from the Verulam Testing Centre after officials only allowed 200 applicants to apply for the day. Many of the applicants had...   More

iol.co.za - DURBAN - The Department of Transport has lent its support to the idea of scrapping the K53 testing system. Sindisiwe Chikunga, the Deputy Transport Minister, said this at the launch of the UN’s...   More

iol.co.za - LONG queues and extended turn-around times continued to dominate services at the Centurion Licensing Department, which opened for services at the end of last week after two weeks of being...   More

Driving lessons with a safety pro

How to choose a driving school in Randburg, Sandton and other areas of Johannesburg

There are literally 100's of driving schools in Randburg and Sandton alone.... Sadly, many of them employ unqualified and uncertified driving instructors that have not done any formal training and often cannot...   More

How to pass the computerized Learner's Licence exam in Randburg, Sandton and Johannesburg (Gauteng)

Since the Department of Transport introduced the computerized Learner's Licence test a couple of years ago (across most of Gauteng and some other provinces), there has been a drastic decline in the number of...   More

RTMC warns motorist against speeding, driving without a licence

iol.co.za - Johannesburg – Speeding, overloading, and driving without a licence are the leading offences identified since the start of the Easter holiday period, the Road Traffic Management Corporation (RTMC)...   More

No, you cant let your friend take your learners test!

iol.co.za - Cape Town - Two friends were arrested after a vigilant examiner noticed the person writing the learner licence exam was not the man he claimed to be. On Wednesday an examiner at the Durbanville...   More

SA children could learn how to drive at school again

Driving lessons to be included in South African school curriculum

8 Tips on how to be safe on the road

iol.co.za - The Minister of Transport Dipuo Peters, released a statement this week saying 845 people have lost their lives on our roads in crashes between December 1 and 19. The statistic represents a 17...   More

Woman only driving school in Zimbabwe has brilliant safety rate

Brakes on driving schools ... or on all learner drivers?

news24.co.za - The recent article in the People’s post dated 24 May 2016 titled “Brakes on Driving schools” reports several allegations made against driving schools operating at the Athlone Stadium parking...   More

Proof of address required for licencing

sanews.gove.za - Regulation 32A to come into effect on 1 November 2015. Pretoria - The Department of Transport has reminded the public that regulation 32A, which provides for the verification of address...   More

Alarm over road deaths due to corruption and crooked driving schools

News24.com - CORRUPTION at traffic licensing bureaus and crooked driving schools have been touted as major factors in the country’s growing list of road fatalities. This week the Road Traffic Management...   More

Car accidents the leading cause of death in Gauteng

News24.com - Johannesburg - In Gauteng, you have a better chance of dying in a car crash than being shot dead. This is if mortuary statistics for the last three years, released in the Gauteng legislature this...   More

iol.co.za - Durban - You could be 200 years old and still be allowed to zip around the city in your car – as long as you are deemed fit to be behind the wheel. That was the official word from Durban metro...   More

News24 - Cape Town - Four vehicle licensing officials have been released on R3 000 bail after appearing in the Cape Town Magistrate’s Court on Wednesday on 118 charges of fraud, corruption and defeating the...   More

News24 - ALREADY 142 matriculants are reported to have achieved their learner’s licences from the Northern Cape Department of Transport, Safety and Liaison’s Learners’ and Drivers’ Licences Programme, in which...   More

ewn.co.za - Deputy President Cyril Ramaphosa revealed the final funding model for the Gauteng e-toll system on Wednesday. Ramaphosa says there will be a single reduced tariff of 30 cents per kilometre and...   More

Drivers may be tested when renewing driver’s licences

bdlive.co.za - THE renewal of driving licence cards will require applicants to undergo a test according to new regulations published by the Department of Transport for comment. Until now‚ the renewal of cards...   More

iol.co.za - Proposals to tighten road regulations, including retesting drivers when they renew their licences, will not work unless enforcement measures are ramped up, said the Cape Chamber of Commerce and...   More

rekord.co.za - Motorists will have to adapt to new road regulations from the end of this year. The Departartment of Transport in South Africa are about to have a few angry drivers on their hands with new...   More

enca.com - As of today, children under the age of three must be strapped into car seats. The new amendment of the National Road Traffic Act, which came into effect on May 1, makes child car seat use...   More

No bribe, no licence at test centre

Taxis to get speed limiters

now.co.za - The National Road Traffic Act (NRTA) may see some interesting amendments if the most recent Government Gazette is to be believed, including speed limiters for public transport. It's reported that...   More

Road rage on the rise

News24.com - Every year, a number of South Africans get involved in accidents or even get killed due to aggressive driving. Road rage has come up to be one of the serious issues in the country as it seems...   More

K53 learners licence manuals to be taught in schools

rosebankkillarneygazette.co.za - The introduction of a K53 learners licence programme for pupils is set to kick off in Gauteng schools. In a bid to better equip pupils with practical life skills, the Gauteng...   More

Another road rage case in Gauteng

News24.com - Johannesburg - Gauteng police are investigating another case of assault related to road rage, this time in Pretoria, it was reported on Friday. The charge comes after a 65-year-old man was...   More

Don’t drive drunk after the Barnyard – or ever

News24.co - Georgina Guedes There is a Facebook post doing the rounds this morning, warning all Johannesburg residents about the dangers of drunk driving. Now, while the gentleman – I’m going to call him...   More

Roads made out of solar panels

News24.com - Spokane - The solar panels that US inventor Scott Brusaw has built aren't meant for rooftops. They are meant for roads, driveways, parking lots, bike trails and, eventually, highways. Brusaw, an...   More

Fin24.com - Cape Town - Motorists who drive a car displaying advertising that states ‘Drive a new car from R699’ are up in arms after the company behind the alleged scam, the Satinsky Group, said in a...   More

Warning: Car Jamming: Rising in SA (what is car jamming?)

Wheels24.c0.za - Car-jamming is on the rise at an alarming rate in South Africa. Insurance company Aon SA spoke to Wheels24 and showed exactly how this criminal activity works. And what you can do to prevent...   More

News24.com - Johannesburg - The Johannesburg Road Agency (JRA) has launched a mobile application that will allow road users to report problems. The Find & Fix mobile app, which was launched on Wednesday, will...   More

News24.com - Mountain View - A white Lexus cruised along a road near the Google campus, braking for pedestrians and scooting over in its lane to give bicyclists ample space. The car eased into a turn lane,...   More

News24.com - Johannesburg - Toll tariffs will increase in line with the consumer price index (CPI) on May 24, the SA National Roads Agency Limited (Sanral) said on Friday. "Any adjustments to the tariffs are...   More

Get free petrol from your bank

News24.com - Looking for a free tank of petrol? Go ask your bank manager. Banks give away fuel worth millions of rand to clients every month by way of their different loyalty programmes. A quick survey of the...   More

Cops to get driver skills training 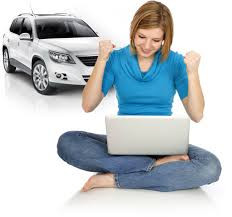 Please SHARE this page with your friends and family via the buttons below. 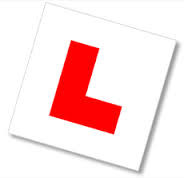